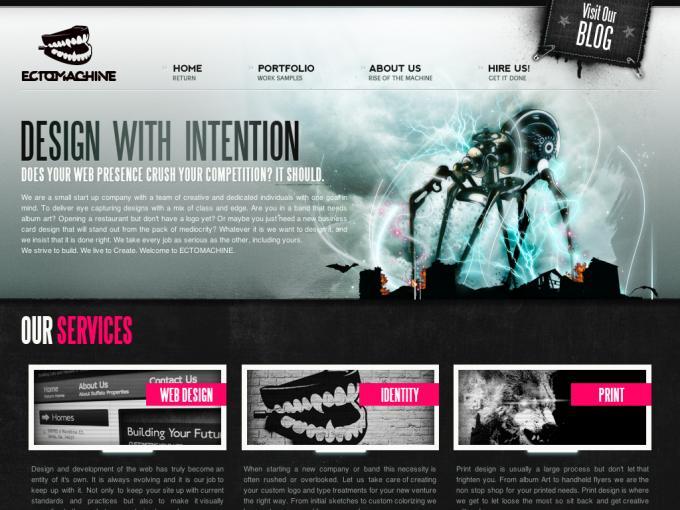 There are websites , and there are ‘ Websites ‘ – just as there are designers , and then there are what I would like to term : Innovators of Design . Well, that’s exactly what this next & new team of ‘ web designers ‘ are , Innovators . Of course you have seen them all you might say , but truly , you havent – and I am here to attest to that .

There are great web- designers out there of course – but somehow , they all seem to keep it down to a sort of ” Replication Process ” .

Meaning : they somehow emulate & replicate works of other designers & seem to reproduce just shadows of someone elses works . This tends to get boring & mundane after a while , leaving the imagination to plummet into a void . Well, these next Designers seem to stand apart from the rest . They possess a gritty – grunge- Rock – edge to their work which makes it bear that ‘ originality & fresh new feel ‘ to everything they do .

Their work is in no way mundane nor overshadowed by someone else’s style . If originality is the key phrase to be had here , then these guys have it in over abundance . Just as they state on their profile : They have a ” Mission ” ! what is their ‘ mission ‘ you ask ? Something which I have not seen any other Web Designers out there on the www. state , and that is : ( as they say ) : ” To make you look good ” ! I like that . When was the last time you had someone tell you they want to make you look good ? I don’t know about you , but as far as I’m concerned , I haven’t heard any one aside from my last hair-dresser tell me that .

What I also like about these guys is the other part of their statement as to : ” Why they do what they do ” (?) . Their reasons , are not solely based on profit ( money to some of you capitalists out there ) – but instead : because they harbor a love and respect for creativity and art . Yes , I do believe with conviction that these guys would do it for free if they didn’t have rent to pay – but as all of you are aware : times are hard , so please do give to those who ” make you look good ” !

Their Web Design company goes by the original title of ECTOMACHINE and they are based in Tulsa – and yes they are so new , I was busy peeling the plastic bubble wrap off their site . Now I have always known that Tulsa is Gods Country , but I never realized that the ‘ Demi Gods of Web Design ‘ reside there ! and as far as , being ‘ New ‘ does in no way imply these guys are ‘ new at their craft ‘ ok, so lets not get tangled up in the bubble wrap here .

When I stumbled onto their site , I will not deny remaining there for a good hour or so , oggling over all of their well designed works . Oh yes , these guys are so finely skilled , they must have been surgeons in a past incarnation , and from what I am able to gather – they must surely be the envy of every other web designer out there at the moment & probably for a long time to come , as I am also sure that their imagination will not lack or falter as time progresses . I love the gritty – grunge – effect of their site , and if I ever wanted a website for my own personal reasons , these would be the guys I would hire to create something for my Rock N Roll tastes .

What I like about them is that they make you feel ” in control ” of your site ( or the site which you have in mind ) . They seem to be concerned with ‘ your needs ‘ and they don’t seem to bear a ‘ god complex ‘ about their design abilities ( whereas : most designers , will forfeit your opinions / needs & create what they have in mind ) . No, I believe these guys do have the best intentions concerning their work ethic : YOU !

Their talents are not limited strictly to mere web design , ( if one can deem Web Design a mere factor ) , as they are skilled at a plethora of other web design applications and their talents range in :

They offer their talents in such areas as ::

Now I bet you didn’t expect so much talent wrapped up in all that bubble wrap now did you ? Now do yourself a great big favor : get off this page , and go visit ECTOMACHINE’s Rockin Web Site , so you can peel off the rest of the bubble plastic and get a feel for these WEB GURUS yourself , and I am certain that you will remain on their site for about a good hour or so looking over their explosive work , and getting to know a little bit more about the great and mighty New Design Machine on the www !

I promise that you wont be disappointed in the least ( if you have any sense of style that is ..ehem..) . Now if you’re a musician , and you haven’t hired these guys to create your website – then all I have to say is : RUN to their site , and beg them to design your website – and oh yeah …give them a lot of money !!! Cause when they get through w/ your website , you can expect your tracks to reach the top of the charts & your career to get out of the slumping state its been in ! Now what are you still doing here ? Go on , go !!! ( and come back & tell me I was right on target ok ? )

BTW: you can also catch this Super Talented Design team on Twitter as well

Catch you in cyberspace ! 🙂 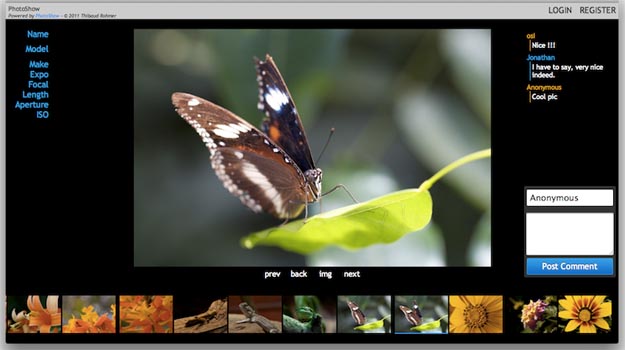 Most tools and applications are increasingly either employing open source or are built entirely on it.

Everything You Need to Successfully Manage a Virtual Team

Infographic brought to you by Wrike Project Management Software

Why Do You Need to Register an Original Domain Name for Your Website?

Are you interested in going into business for yourself? If so, you are probably wondering what it takes to...