Posted on 6th May 2010 in DESIGNERS, WEB DESIGN, WORDPRESS 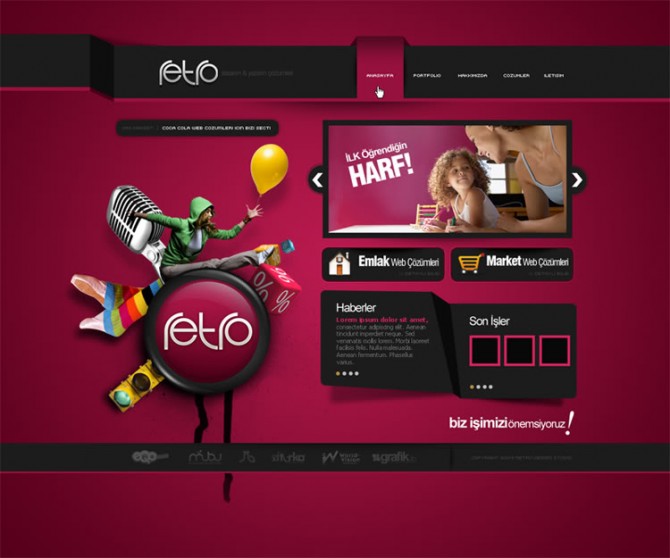 Web designers are responsible for creating the look and feel of World Wide Web pages for a client’s Web site. This involves developing a graphic design that effectively communicates the ideas being promoted by the Web site.

A web designer may take part in the initial planning of a Web site, meeting with the client to discuss ideas for the layout and organization of the site, the types of colors or images to use (photos, illustrations, videos, etc.), and other matters concerning overall graphic design.

Sometimes a web producer has already developed a basic concept for the web page. In this case it is the web designer’s task to create a design that matches the producer’s ideas.Once the basic concept is agreed upon, the web designer must collect the text documents and images that will appear on the page and convert them into a form in which they can be viewed. This requires a mastery of HTML (hypertext markup language), the computer language used to create web pages.

The designer must also have knowledge of the most current HTML extensions—programs that make it possible to add special features to web pages such as animations and interactive surveys. Because a Web site may incorporate a variety of different functions, including clickable e-mail contacts or the ability to download files to a computer, the designer must have a working knowledge of FTP (file transfer protocol) and other programs that enable these functions to work.

Web designers must have an understanding of software functionality as well as graphic design skills to create successful Web pages. Part of the web designer’s task is to create pages that can be used on any type of server (a central computer in a network that stores files and provides these files to individual computers) and viewed with any type of browser (the software that enables people to access the World Wide Web).To do this, a web designer must be familiar with issues of browser/server compatibility, including which browsers and servers work well together and which ones do not. In addition, the designer must know computer languages such as Javascript, which can be used to create web pages that are compatible with a wide range of hardware and software.

Because web designers work with a client or web producer to develop and refine ideas, they must have strong verbal and visual communications skills. Designers should be able to listen closely to the client and create pages that reflect what the client is looking for ( yes, even those clients from hell ! ). They also need to be flexible because they may be called upon to change their designs. Since Web sites are constantly updated to remain current, a designer has to be able to work well under the pressure of tight deadlines and changing demands.

Web designers typically have a background in fine arts, graphic design, or publishing combined with college courses in computer science and hands-on computer experience. A web designer may have a four-year college degree, a two-year associate’s degree, or perhaps no advanced schooling at all. There are also many web designers who are self taught in HTML as well as other applications who have acquired other necessary computer skills on their own.

All designers must have training in computer graphics packages such as Dreamweaver, Photoshop, Adobe Illustrator, and Paint Shop Pro as well as knowledge of Flash, XML-based web applications and programming, XHTML programming, and other web development languages and technologies.A designer should also be comfortable working with a variety of operating systems such as Windows, Macintosh, and Unix. Since computer technologies are changes rapidly.

Prospective web designers should put together a portfolio of their work to show to potential employers. Many web designers are freelancers who sell their services to clients on a consulting or contractual basis. Self-employed web designers often establish a personal page on the World Wide Web that showcases their design skills for potential customers. Here are just a few of tomorrows New Up & Coming Web Designers who are exceptionally talented and are in essence , Re-Designing the cornerstone of the World Wide Web with their killer skills – and an unlimited amount of imagination ! Enjoy their work , you may click on any of the images to be taken to a particular Designers profile , and contact them for any upcoming project venture you may have in mind . 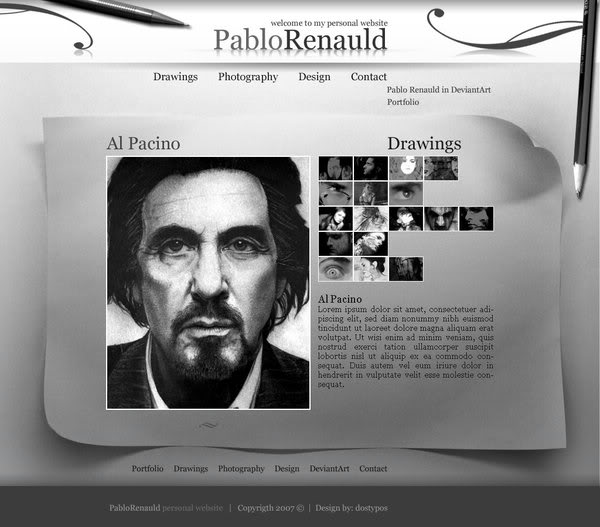 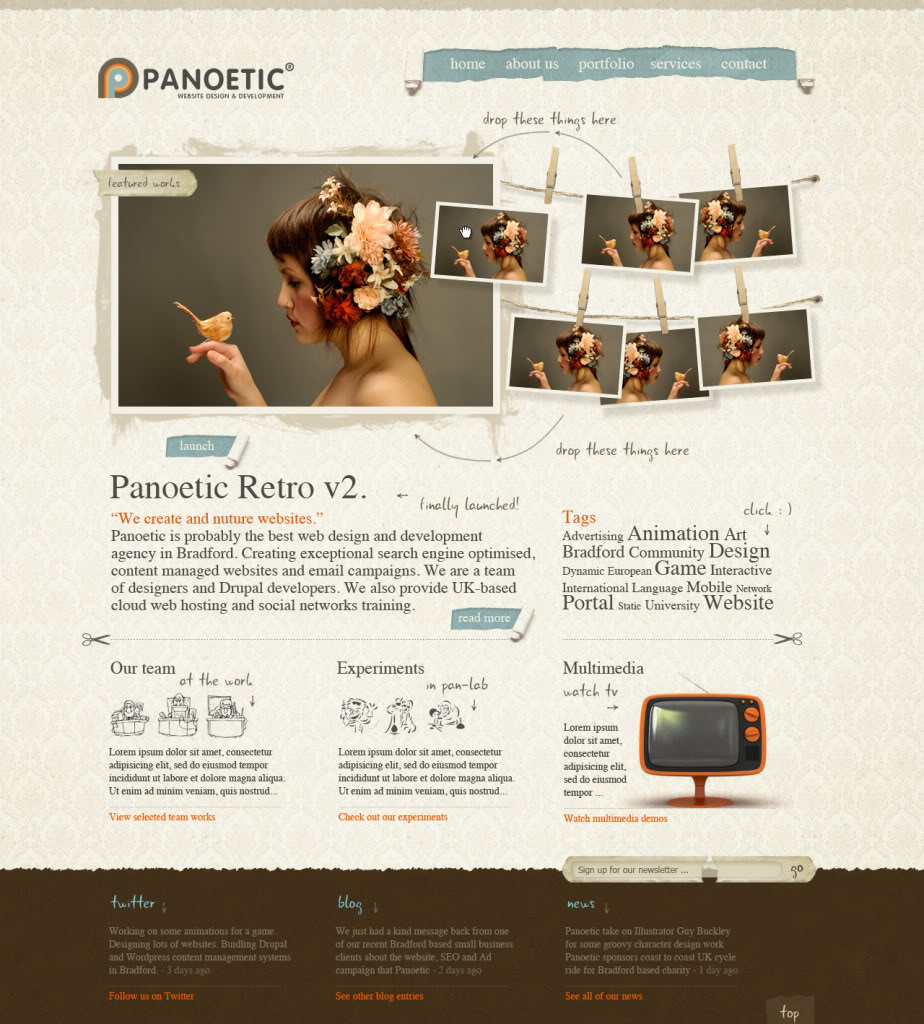 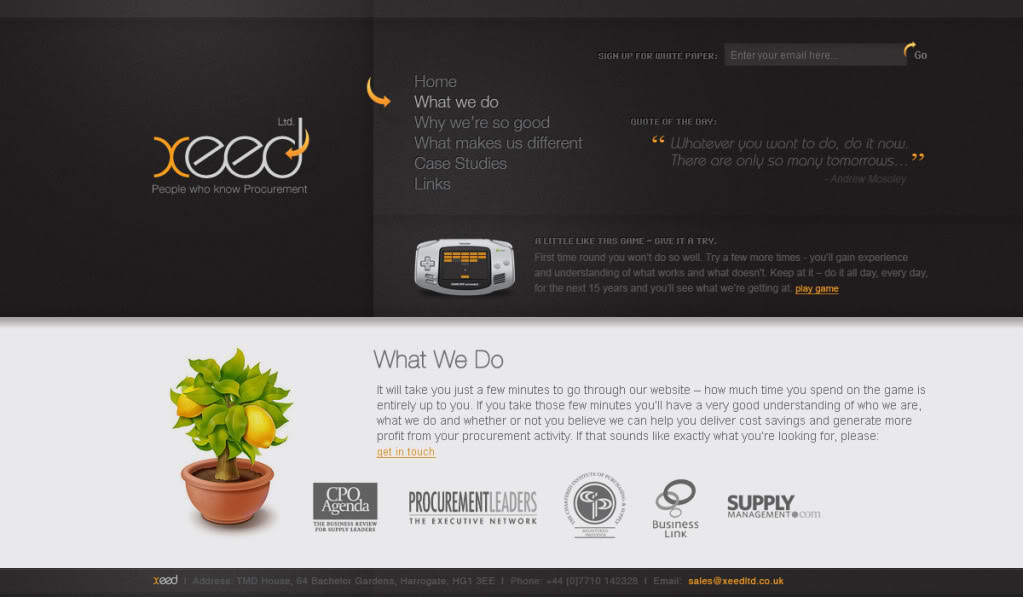 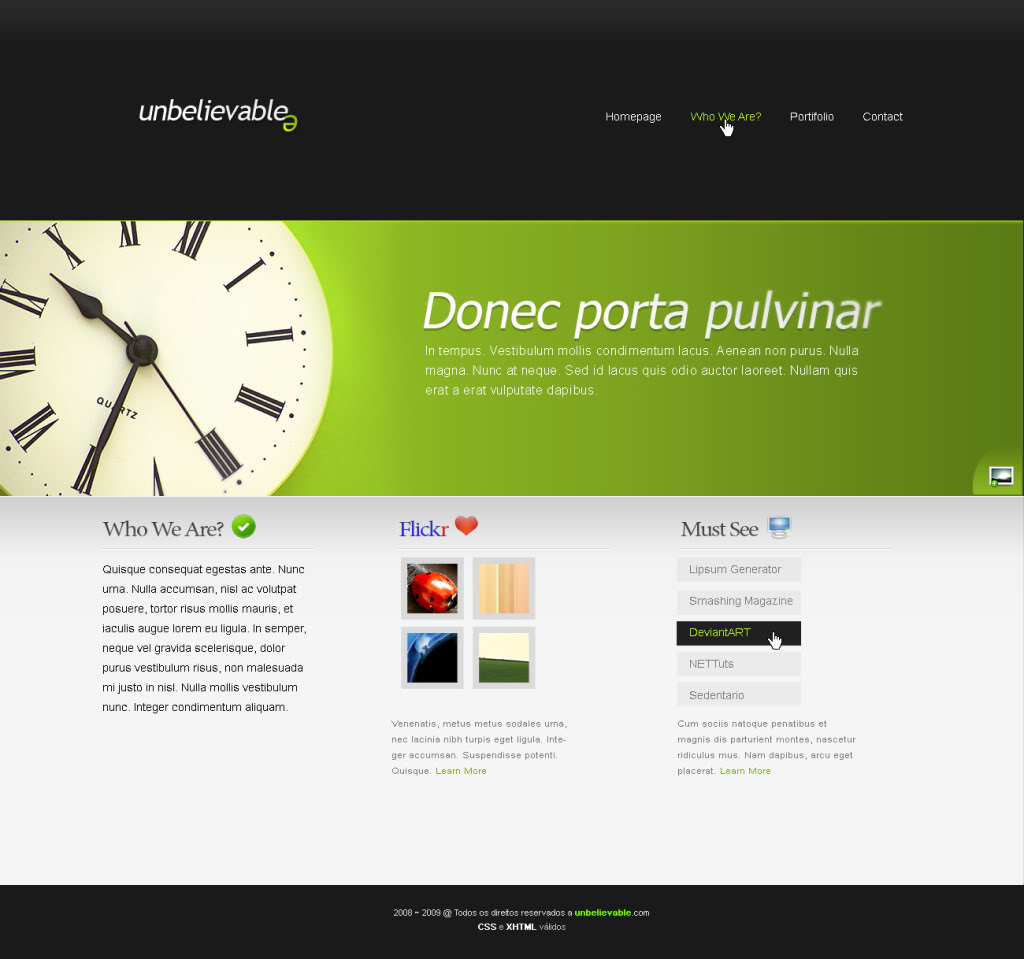 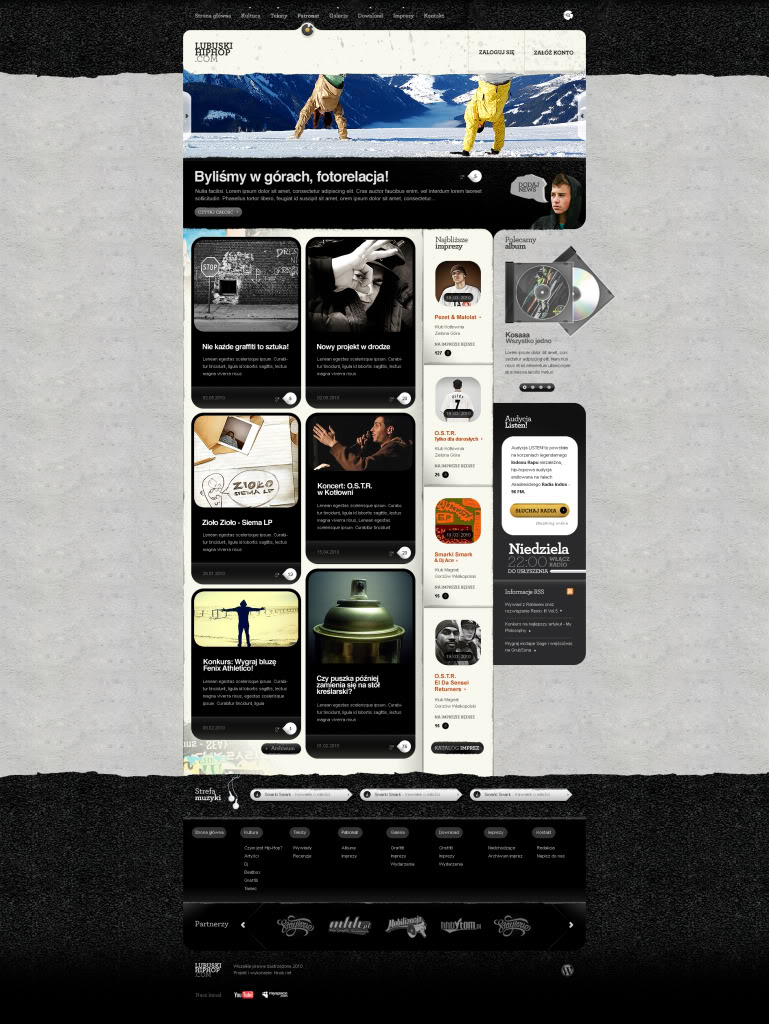 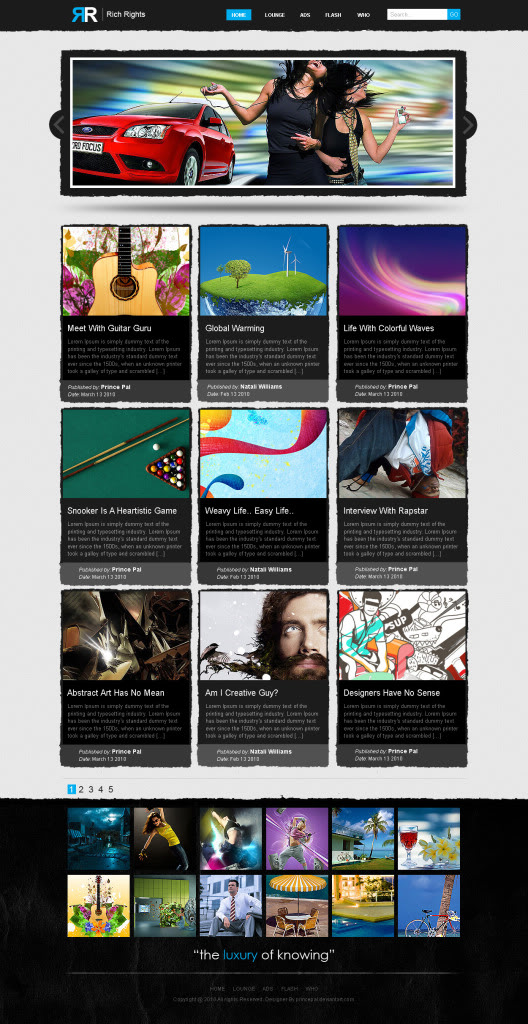 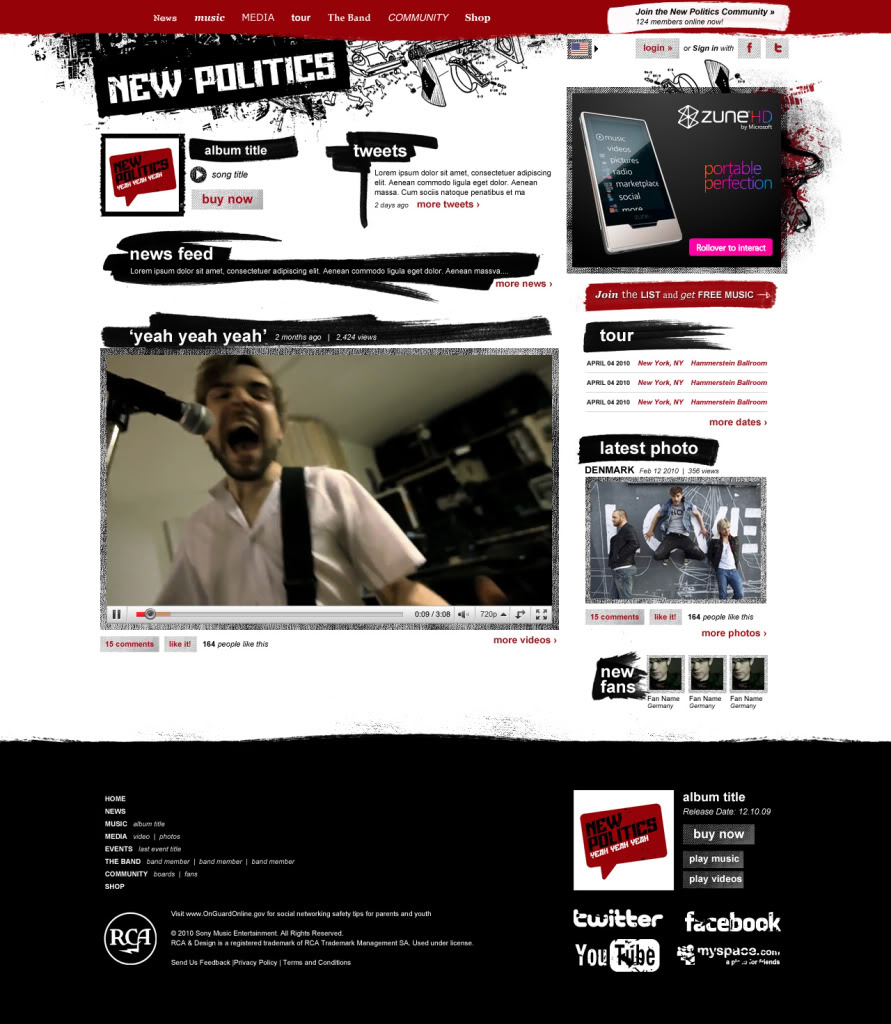 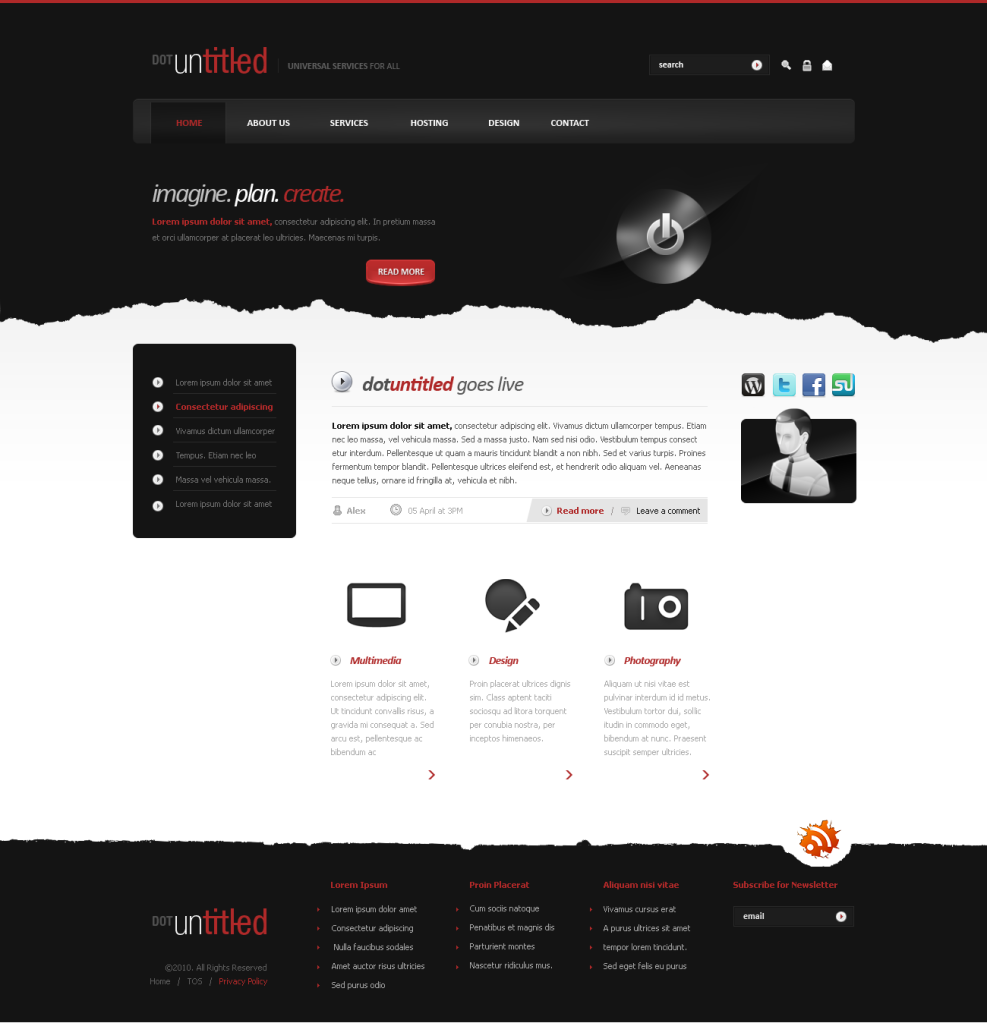 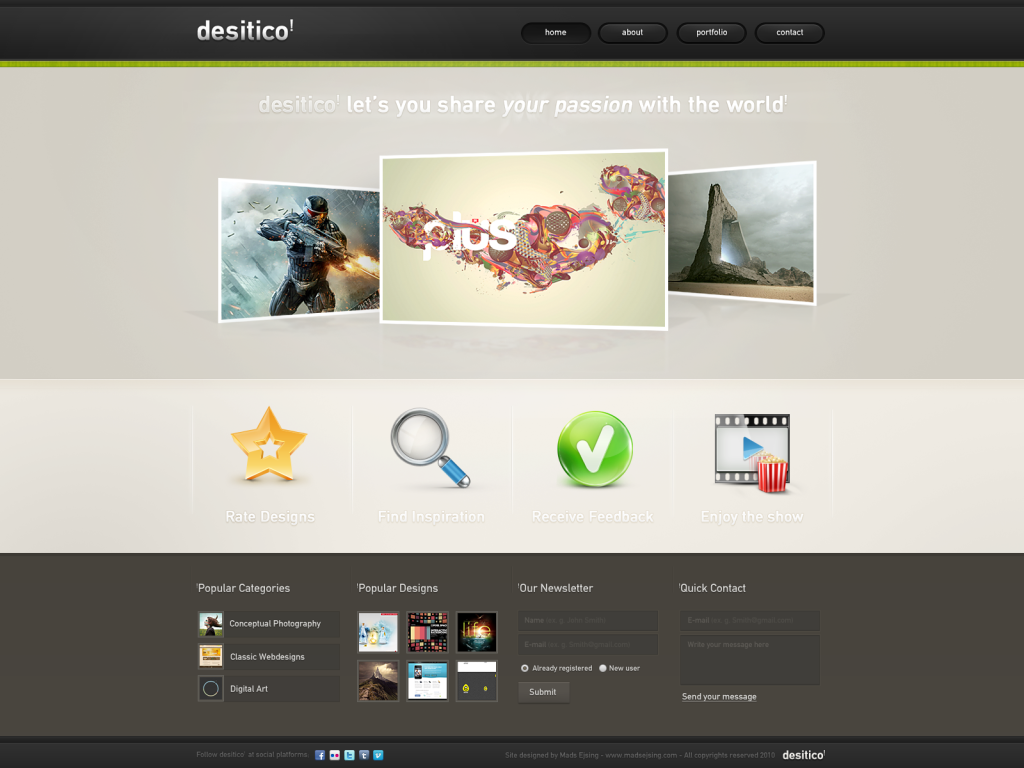 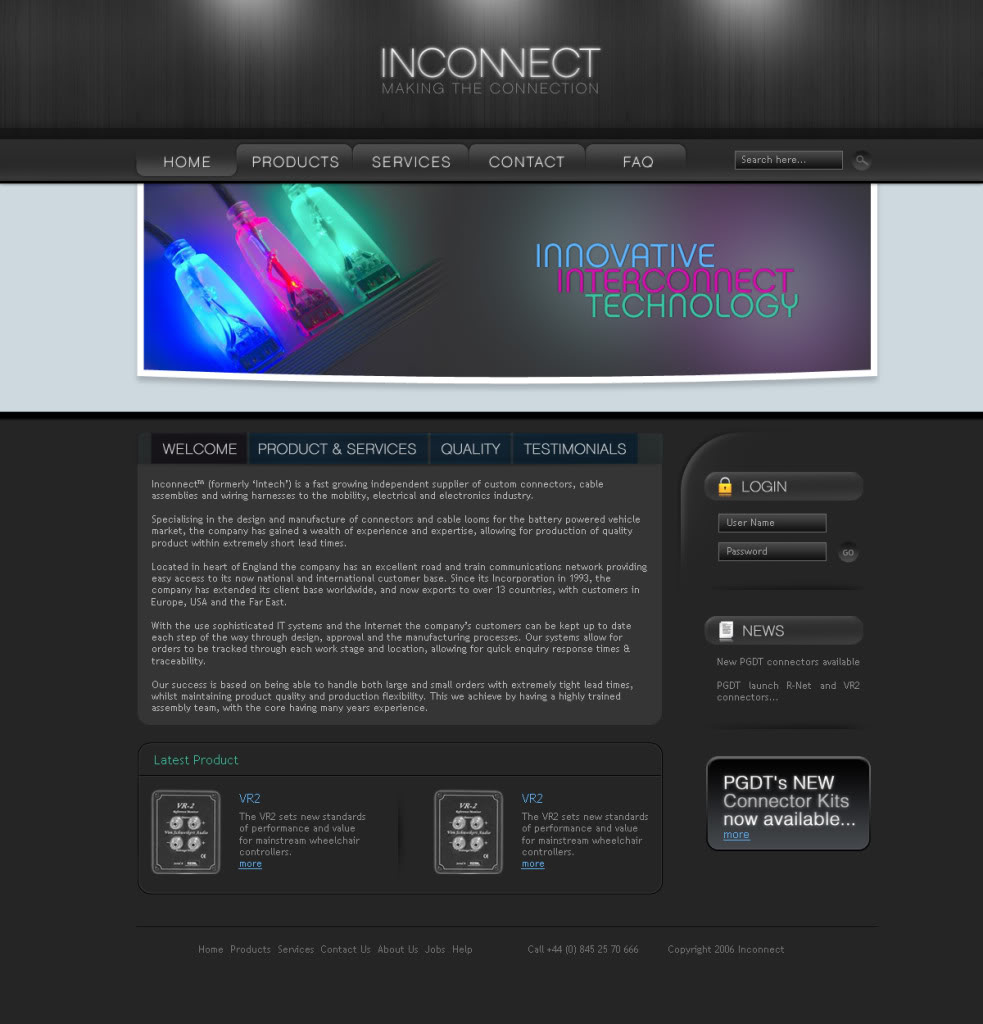 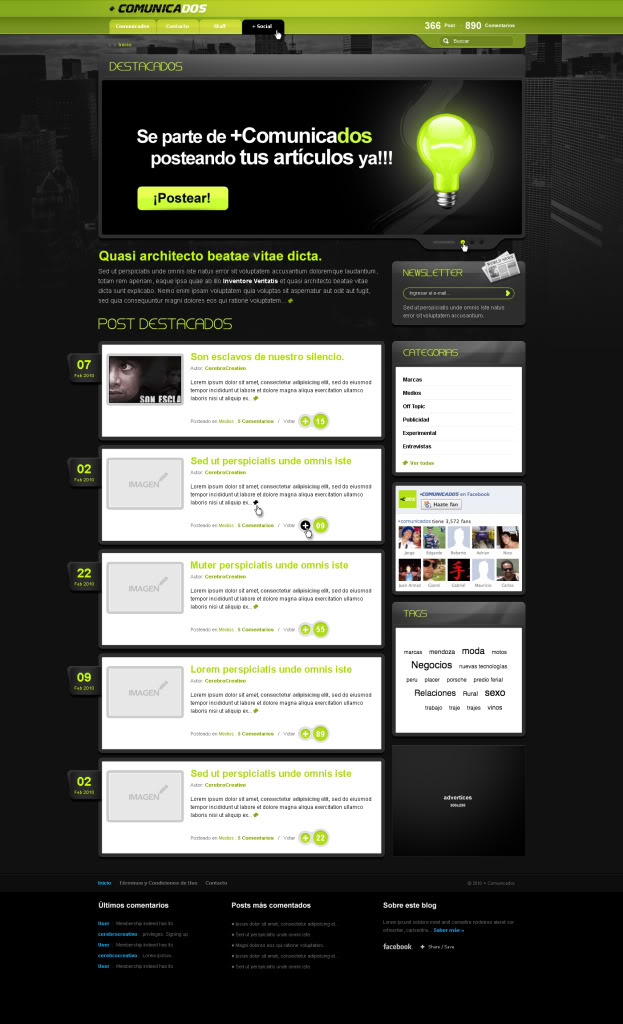 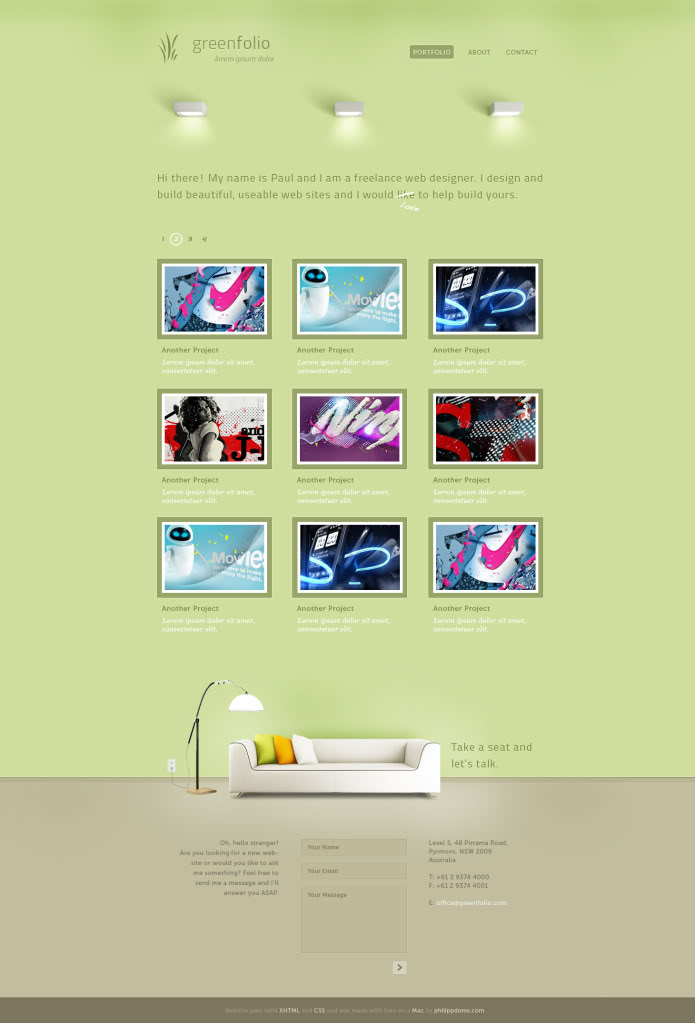 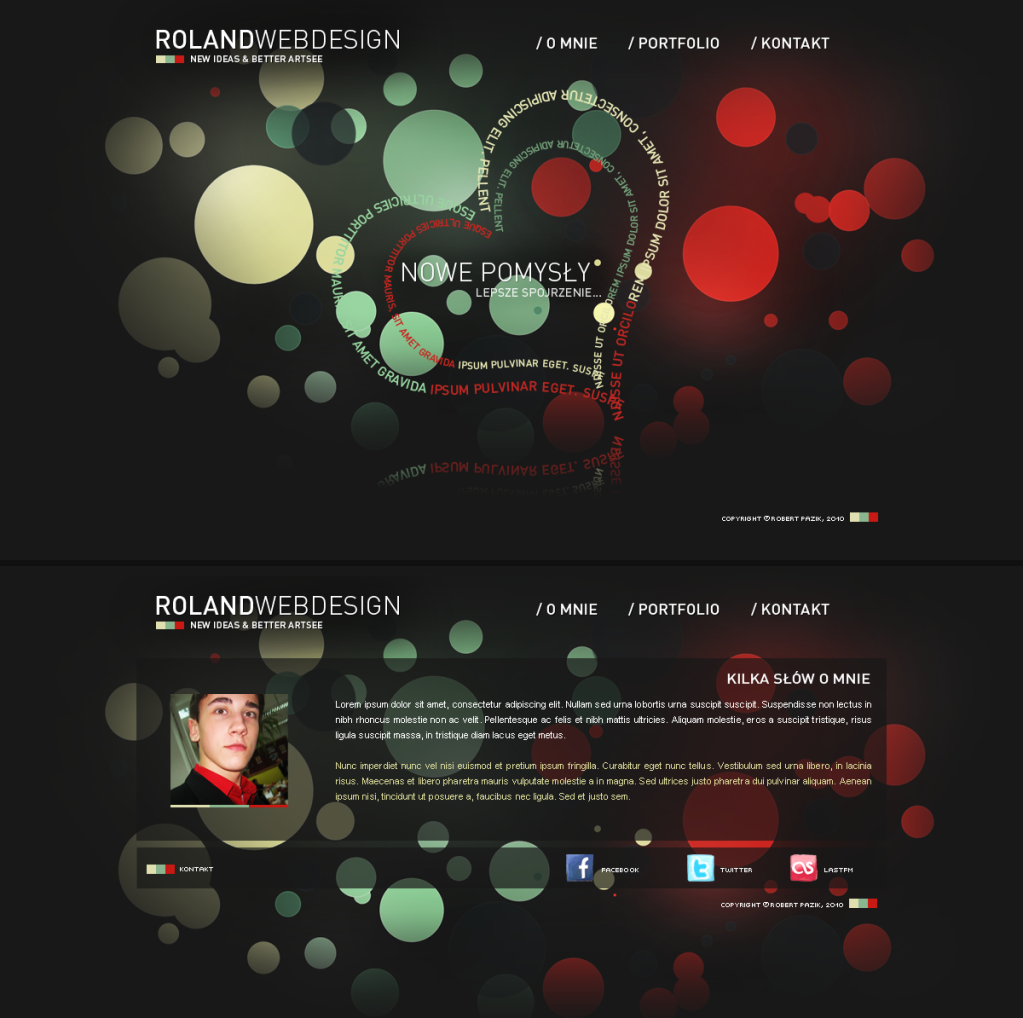 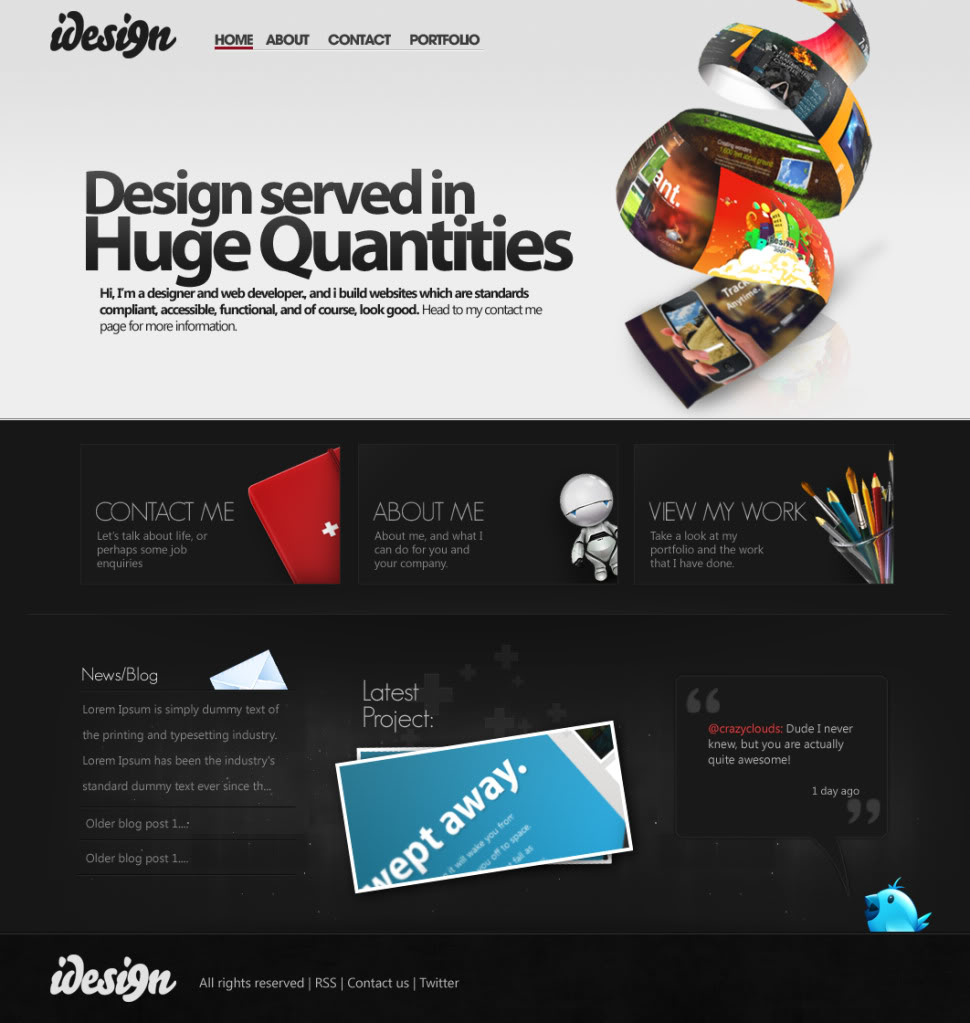 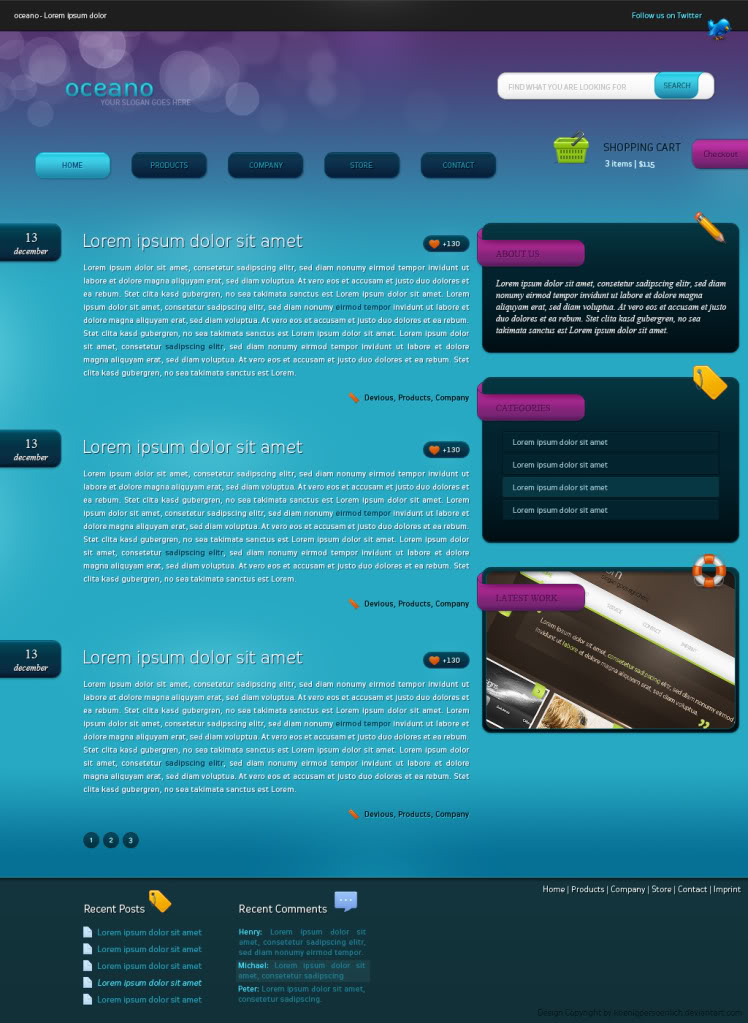 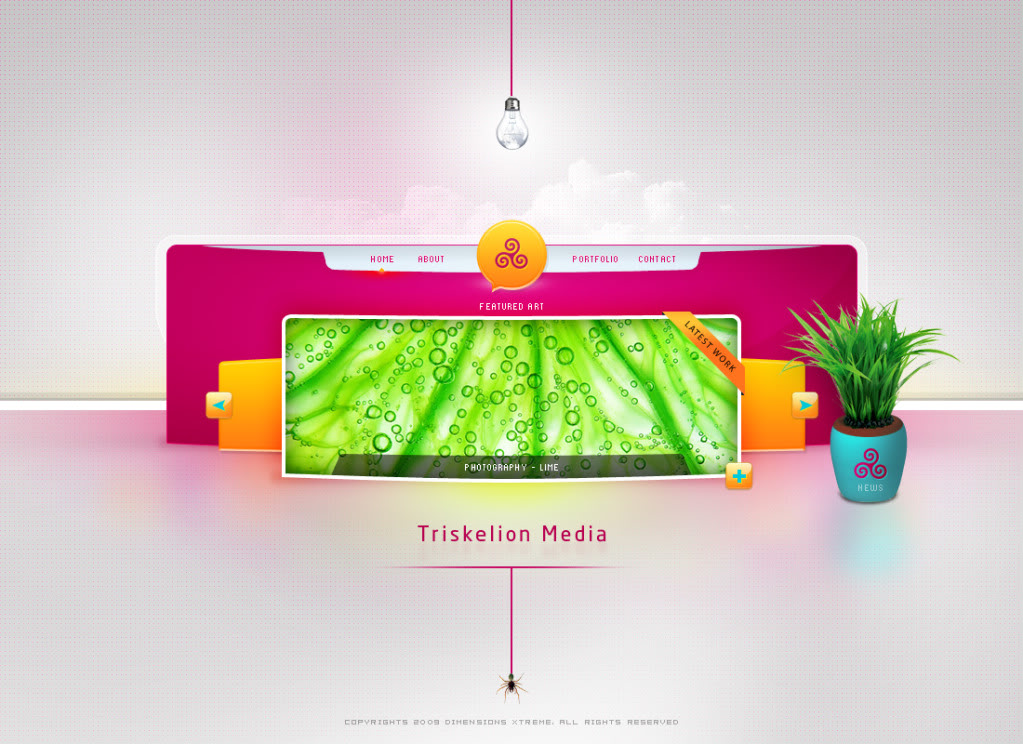 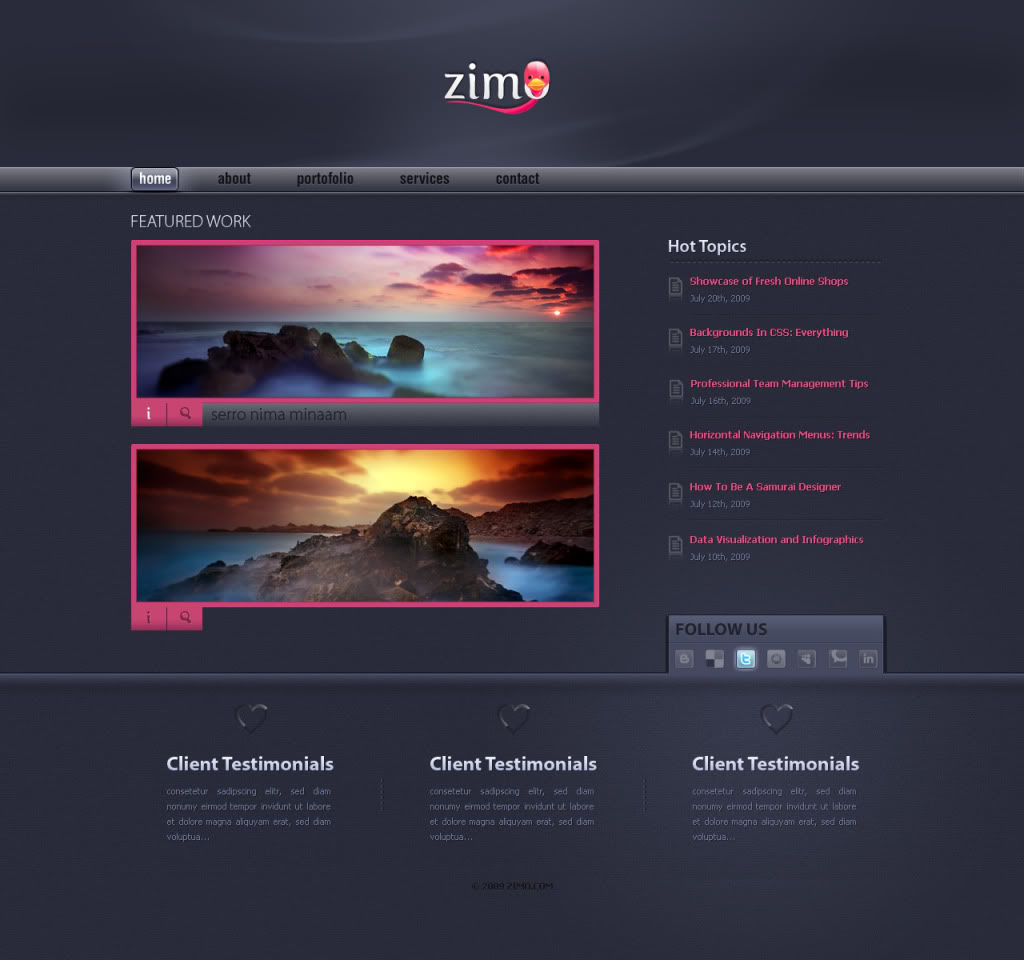 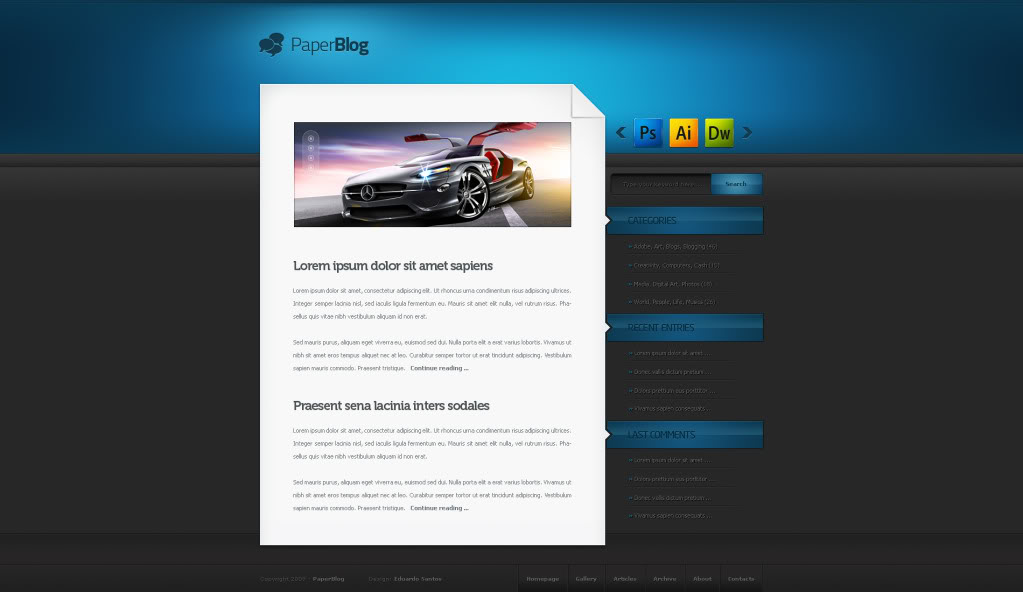 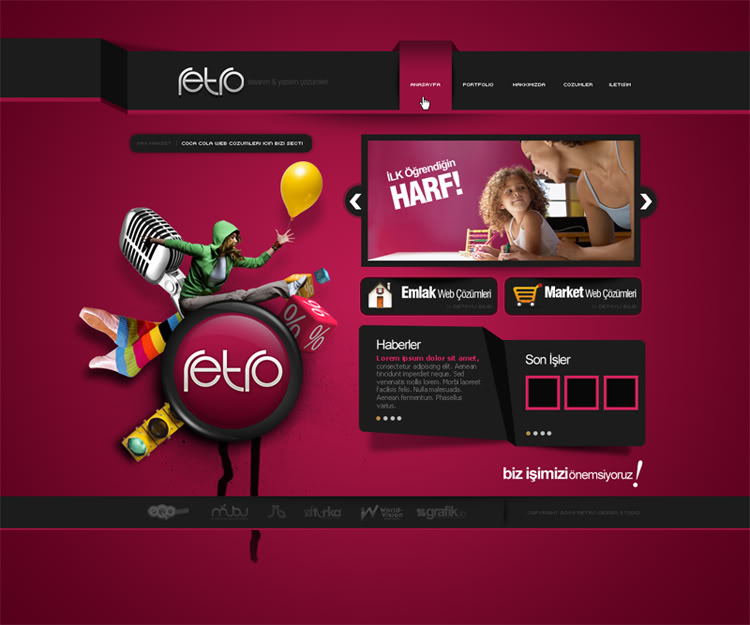 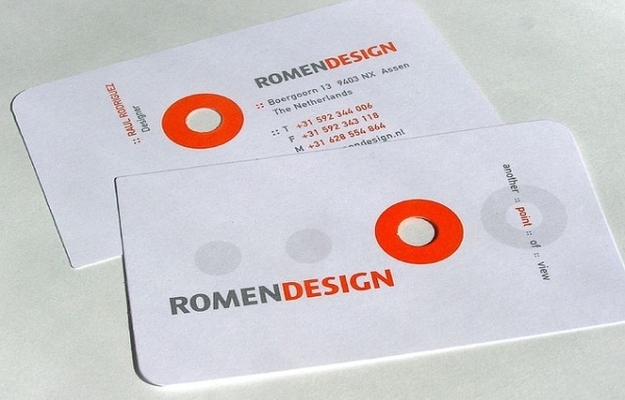 An effective and intelligent print design translates as ones calling card to the world.

Get ready to meet an Ectomachine which is taking over the cornerstone of the www. with their Rockin Design...

A designer always looks for inspiration to add creativity in their work. But not being aware of the right...