What is advertising and how does it affect and control our lives ?

If one believes that Advertising does not affect the way by which we live and consume products – then :Think again . First of all , let us clarify what the intent or ‘ purpose ‘ behind Advertising is . The purpose of Advertising is aimed at ‘ selling a product ‘ and to attract consumers to that product ; whether the said product ranges from Food, clothing , household appliances, automotive , or a stick of gum ; the intent is to attract the consumer into buying the product .

The fact is that we are all ‘ visually & audio ‘ stimulated . What does this imply & how does it affect the way by which we function ? Well, media analysts and psychoanalysts have long known that we are all affected ” Subliminally ” by what we see and hear . Several decades ago when Movie Theater Moguls considered introducing Concession Stands ( basically the sale of Pop Corn , Candy & Soft Drinks to theater goers ) into their theater houses they conducted a ‘ psychological test ‘ [ of sorts ] .

What they basically did was : they ran a 3 second ‘ blinking textual suggestion ‘ right before the film began and once again during the intermission process . The brief ‘ textual suggestion ‘ was nothing more than : ” Buy Pop-Corn ” . That simple . That brief . However , a very powerful ‘ subliminally induced suggestion ‘ to the human psyche .

Once the brief ” textual suggestion ” ran , the ‘ Powers that Be ‘ , sat behind closed doors and watched the effect which this ‘ Subliminally Induced Textual Message ‘ had over their theater goers . Immediately during the intermission , 93% of their theater goers got up and proceeded towards the ” Pre-Set Up Concession Stands ” which had been set up in the Theater Lobbies , as movie goers stood in the concession lines ready to buy the ‘ subliminally suggested ‘ product : Pop Corn . One week later , concession stands were introduced into every Movie Theater across America , and after that , throughout the world . This is what is termed as ☛ ” The Power of Suggestion ” [ in psychological terms ] . Which brings one to stop and consider how much we are influenced by what we see and what we hear .

Consider how you are affected while you are sitting there watching television , and during the commercial break the first advertisements which run are : Food commercials . Whether its a Betty Crocker Chocolate Cake w/ Vanilla frosting , Haagen Daaz Ice Cream , Hersheys Chocolate , Kentucky Fried Chicken or a MacDonalds Big Mac – you are subconsciously affected by these ‘advertisements ‘ , whether you realize it or not . Despite the fact that you may have just eaten and are full – many of you will find yourselves getting up from your seat and heading towards the refrigerator or the cupboard looking for something to ” munch on ” . Again : The Power of Suggestion . The Power of Advertising !

We consume ( eat ) things which are bad for us – we end up becoming ‘ Obese ‘ as a nation , and once we have tipped the scales – then the commercials / advertisements of Diet Products and Diet / Fitness Gurus start running ! Notice how the Food Industry , Diet Industry ( Pharmaceuticals ) are in cohorts ? This is why it’s called an “Industry ” .

We buy things which we DONT need – why ? Because some invisible entity ( an announcers voice ) tells us that it’s ” good for us ” and it will ” improve our lives “ in some way . There are millions of people [ globally ] who are in debt due to the fact that they ‘consume & spend ‘ on products which they dont truly need . Why ? Because : the Powers that Be are ‘ Subliminally ‘ controlling how we eat , live and spend . We have become a nation which is out of control . Thus the term : ” Out of Control Spending “.

The Advertising Industry has changed drastically during the past 3 decades and will of course continue to change throughout time . Not only has the Face of Advertising gone through major changes , but moreover : it has altered our human psyche and has molded and created us into what we are today : reckless out of control consumers who will buy into just about anything we are shown on television , billboard ads , magazines etc . In essence , this is what is called ” Mind Control ” under Psychiatric terms – and it is .

How Advertising changed from the days of yesteryear to the present day :

During the advent days of early advertising much has changed ( as one can clearly assess by the early Ads below ). Products such as : Alcoholic Beverages and Tobacco were promoted and advertised back in the day , whereupon smoking was even recommended by physicians [ as you can see in the “Lucky Strikes” tobacco ad below ] ; and if one pays close attention to old B & W movies [ as well as old advertisements ] one will rarely see an actor without a ‘ cocktail ‘ in one hand and a cigarette in the other . During those days of old, it was considered quite ” suave ” & debonaire to smoke and drink – in fact , one was ” uncool ” if they didnt possess what todays society deems as ‘ vices ‘ . My how times have certainly changed , and in many ways : for the better !

It is quite ironic when one considers that it was forbidden and deemed ” vulgar ” to show two people sleeping in the same bed together ( if one has ever seen Classic B & W movies or T.V. shows , such as : The Dick Van Dyke Show , Father Knows Best , and so many others of that era ) ; it was strictly prohibited to show two beds joined together , let alone see actors actually under the covers together . However , it was acceptable to show them sporting an alcoholic beverage and chain smoking . It’s as if the advertising industry moguls were in some sort of cohorts with the Tobacco, Alcohol & Pharmaceutical Industries to produce nations of alcoholics and Cancer victims – while the Pharmaceutical Industries patiently lied in wait to cash in on peoples misery . Truly , it makes one think …. what are we really buying ” into ” ? , are we buying intelligently and responsibly , or have we been subliminally induced into buying products we actually do no not need and to a greater extent are harmful for us ? The old adage of ” Buyer Beware ” should be adopted and incorporated the next time one reaches for their next purchase .

☛Advertising has always been about ” Selling a Product ” to the masses , by any means necessary and at times : without an ounce of conscience . If ‘ conscience truly existed behind these ad campaigns , then we would not have nations of obese people and cancer victims . Does the sole responsibility fall upon the Advertising companies and the Product makers ? No , of course not . We are intelligent human beings [ at least most are …] and I believe that we should possess some degree of insight and be able to discern whether something is bad or good for us . After all : it isnt the gun which kills , but the person behind the gun . The same rule applies to everything . It is up to the individual and their common sense .

The Golden Age of Advertising didn’t actually begin until the illustrious ☛ANDY WARHOL emerged unto the scene , and to a greater extent : changed the Face of Advertising and created an entirely new era and the way by which Advertising standards exist today .

Andy Warhol was indeed a ‘ pioneer ‘ on many fronts and formats who heralded a new age , whether it was art , music , advertising , media – Andy Warhol☚ somehow managed to cover the entire spectrum and definitely ” colorize it ” in it’s process !

Andy Warhol was in fact one of the most iconic and inspirational artists to have emerged and graced us with his brand of art and advertising technique and went on to change not only the way by which advertisers work and promote their products in today’s date and time , but overall , Andy was a plethoric talented individual who also changed film . For more information on Andy Warhol , his life and works please visit the provided link ☛HERE .

Enjoy the Vintage Ads below , and THINK before you BUY !

1931 Campbell’s Soup original vintage advertisement. 21 varieties and only 11 cents a can.

1984 IBM PC Jr original vintage advertisement. Features the Chaplin character used extensively throughout the campaign. The PC Jr featured a diskette drive with 128kb of user memory and was priced at $1,300. An expandable 64kb cassette was available for an additional $700.

1955 Schlitz Beer original vintage advertisement. The world’s most famous taste in beer. If you love beer, you’ll love Schlitz. The Beer That Made Milwaukee Famous.

1971 Marlboro Cigarettes original vintage advertisement. “Come to where the flavor is. Come to Marlboro Country.”

1951 Remington Shaver original vintage advertisement. The all new Sixty Second Shaver. “The one gift you know he wants.”

1943 Old Spice Shaving Sets original vintage advertisement. For our Fighting Fathers on the home front or on the war front. Choose from four sets starting at $1.00. Early American Old Spice.

1964 Kleenex Tissues original vintage advertisement. Features trumpeter Harry James in a unique test of tissue strength. A water-soaked Kleenex was tied to the trumpet which James then played. Even when James hit the high notes, the Kleenex tissue did not break.

1943 Lifesavers Candy original vintage advertisement. Lifesavers candy is one good antidote for Gremlins. They cheer a fellow up when the Gremlins get him down.

I wonder what Andy would say about this ? … I think he would have definitely loved it indeed ! 🙂

THE FACE(s) of ADVERTISING TODAY ::. 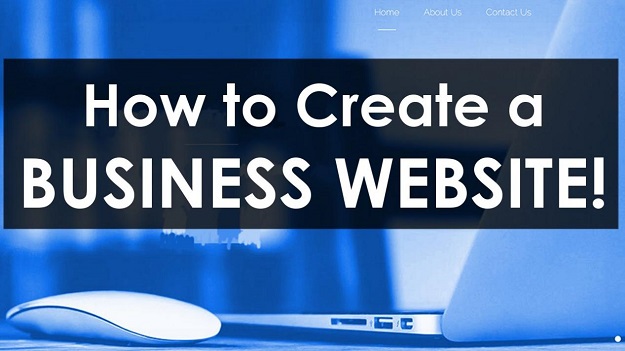 In today’s digital age, having a professional website is a necessity for all business ventures. A great website can...

Why Do You Need to Register an Original Domain Name for Your Website?

Are you interested in going into business for yourself? If so, you are probably wondering what it takes to...